Why should investors in Shell vote FOR climate resolution 21? 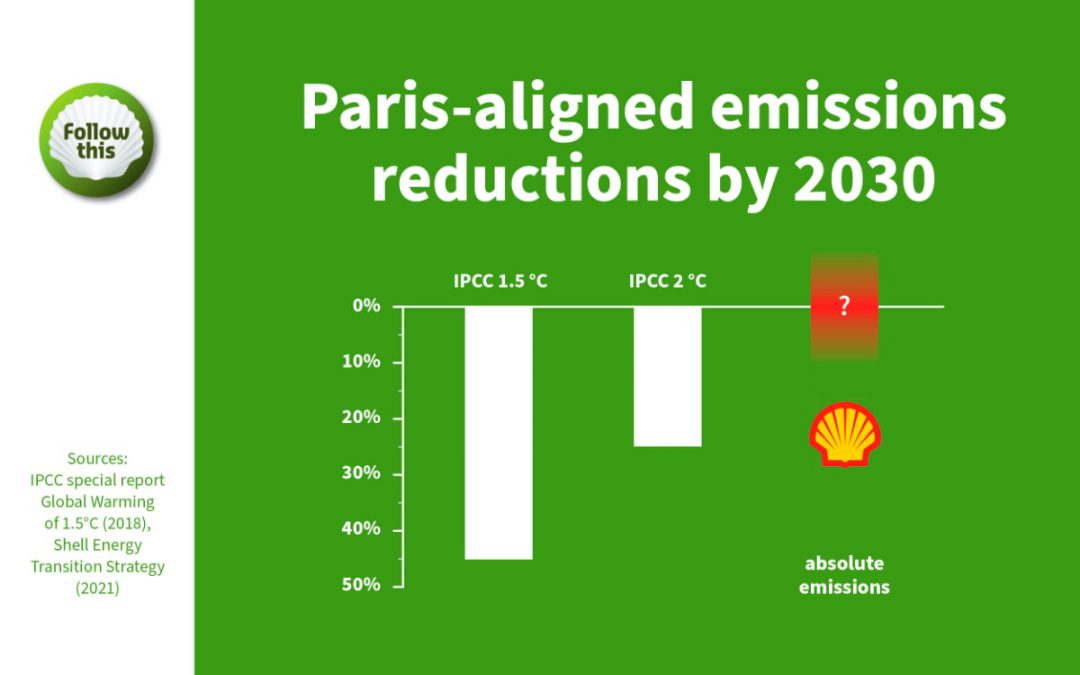 While “Big Oil Braces for Climate Votes as Investor Pressure Mounts” (Bloomberg), investors in Shell are still debating why they should vote in favour of resolution 21, filed by Follow This and ACCR. The votes will be cast this week (Financial Times).

The answer is simple: Shell’s current Energy Transition Strategy (ETS) is not Paris-consistent. Resolution 21 supports Shell to advance its current plans to emission reduction targets and investment levels that are truly Paris-consistent.

As in previous years, Shell will only advance its targets after a substantial percentage of shareholders vote for resolution 21.

We hope you will consider the following facts, before you make your voting decision:

Follow This climate resolutions have consistently supported Shell to set Paris-aligned emission reduction targets. Since 2017, Shell has responded to votes for this resolution with new promises for the distant future without shifting investments or reducing emissions.

Shell has made a claim to Paris-alignment since 2018, but has still advanced its targets twice since then after investors supported climate resolutions. Yet again, Shell’s target for 2030 falls short of Paris-alignment. Shareholders need to be clear about red lines to drive reduction in emissions needed and vote for Paris-consistent targets.

What does it mean to vote for Shell’s Energy Transition Strategy? (resolution 20)

Shell has also put their own Energy Transition Plan to a vote (resolution 20). Although Shell has taken positive steps in the past years (like including Scope 3), a vote for Shell’s resolution 20 cannot be used as a relative tool to reward their current plan, which is merely less bad than their competitors. We need to set the bar at Paris-aligned emission reductions.

A vote for Shell’s resolution 20 will give them grounds to claim your support for their insufficient climate plan for the next three years. Ultimately, this will mean locking in emissions in the near term that abatement technologies can only do so much to reverse in the far-flung future.

The board of Shell has proven only to respond to engagement and voting. We again thank the investors (14.4%) that urged Shell to set advance its targets by voting for in 2020.

During the Follow This investor symposium panelists from institutional investors agreed that oil majors will only act on climate when investors practice strong engagement and vote for climate resolutions.

Oil and gas companies need a clear signal to change course to protect your assets in the global economy from devastating climate change. 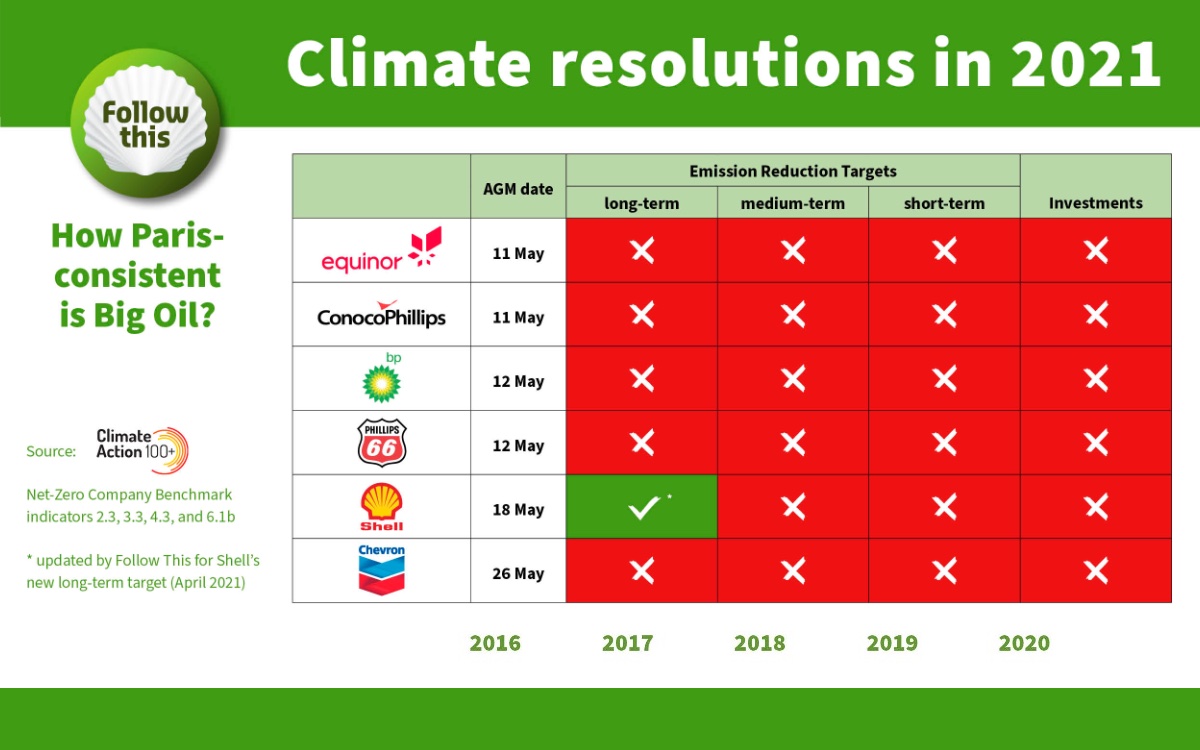 Disclosure Indicator 3 Medium-term (2026-2035) GHG reduction target(s),  Sub-indicator 3.3. The target (or, in the absence of a target, the company’s latest disclosed GHG emissions intensity) is aligned with the goal of limiting global warming to 1.5°C.

Disclosure Indicator 4 Short-term (up to 2025) GHG reduction target(s), Sub-indicator 4.3. The target (or, in the absence of a target, the company’s latest disclosed GHG emissions intensity) is aligned with the goal of limiting global warming to 1.5°C.

Remark: the cut-off date for the benchmark was January 22. Shell announced its new targets on February 11. Nevertheless, these new targets might only change the assessment of the long-term target (2.3) to a ‘yes’. The three other crucial assessments; short-term and medium-term targets and investments (3.3, 4.3 and 5.2); will remain marked with a steadfast ‘no’.

Why should investors vote for the climate resolution at BP (resolution 13)?