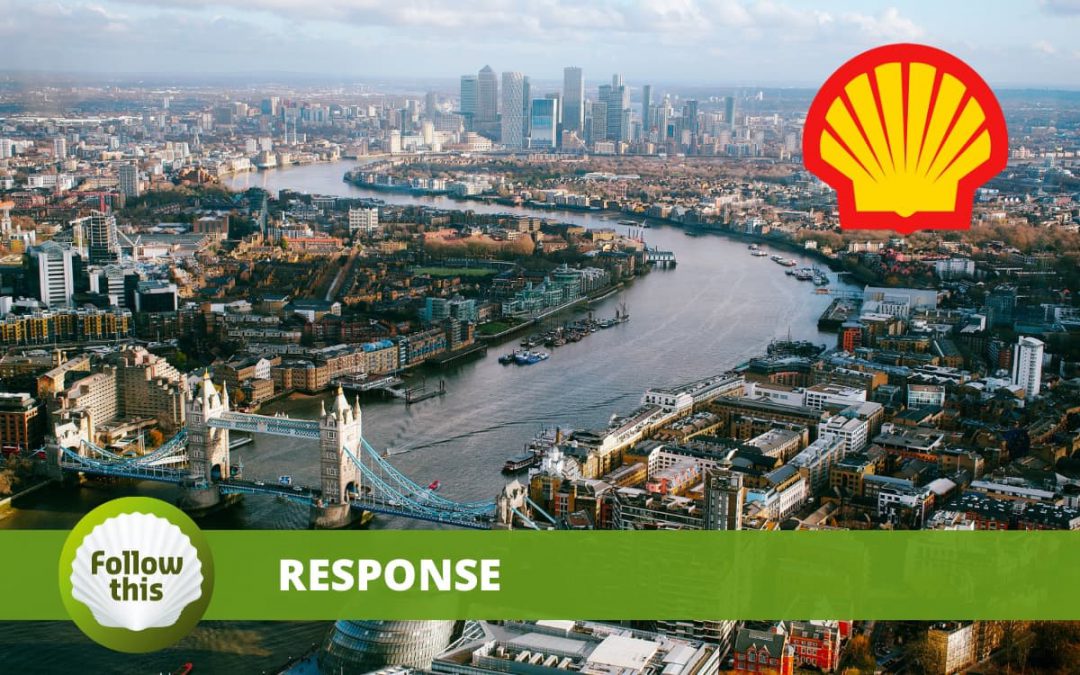 Shell wants to move over to one kind of share on the London stock market. This is no surprise; Shell has already wanted a simpler structure with only one kind of share since Shell had to deal with the reserves scandal of 2004.

Shell traditionally has A shares on the Amsterdam exchange and B shares on the London Exchange. At first, Shell wanted shares on the Dutch market, but since it did not succeed in having the dividend tax abolished in the Netherlands, the UK (which does not levy dividend tax) is now the logical choice.

We think Shell will remain an Anglo-Dutch company with just a few jobs moved from the Netherlands to the UK: the CEO, the CFO, and their entourage.

The share move will have no direct consequences for the energy transition and Follow This. We have always submitted our climate resolutions in London. We expect that the pressure of investors to commit to the Paris Accord (30% in May 2021) will continue to grow.

Abolishing the dividend tax in the Netherlands almost succeeded after 15 years of lobbying. When Shell non-executive board member Gerrit Zalm became the formateur of a new government, he put it in the proposed coalition agreement, to almost everyone’s surprise (it was not in any of the election manifestos). But that did not go through (salient detail: not because prime minister Mark Rutte listened to public opinion, but because Unilever’s shareholders voted against a move to the Netherlands).

However, the speed with which Shell wants the shareholders to vote on this is surprising. Institutional investors have until 10 December – that is, less than one month – to decide whether they will give Shell management a mandate to change a number of statutes.