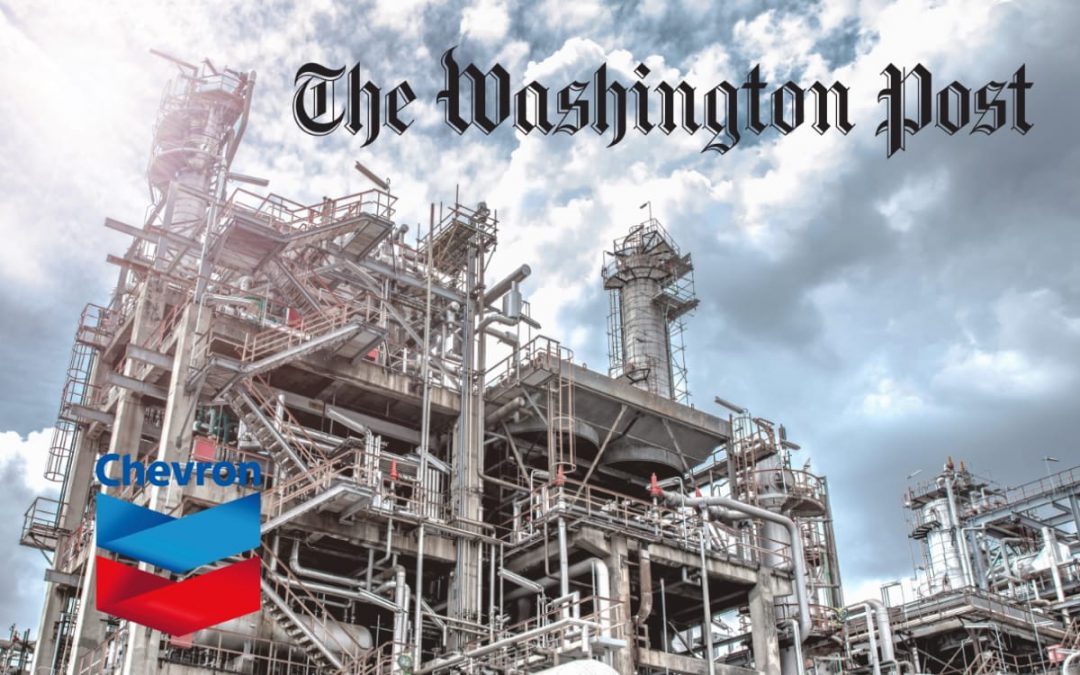 The Washington Post – A shareholder advocacy group filed papers Tuesday asking investors in the energy giant Chevron to oust the chairman and another board member because of the company’s failure to cut carbon emissions, setting off a campaign to alter significantly the strategy of the nation’s second-largest oil company.

The shareholder group seeking to remove the board members argues in a filing with the U.S. Securities and Exchange Commission that even though a majority of shareholders last year called for Chevron to “substantially” reduce carbon emissions, the company is planning only to cut as little as 5 percent of the emissions intensity from its energy products.

“More and more shareholders have been calling for transformational change from companies,” said Eli Kasargod-Staub, CFA, the director of the shareholder advocacy group Majority Action, which is organizing the campaign at Chevron. “If board members are failing to take action, we believe responsible shareholders will hold them accountable.”

This year’s bid to unseat Wirth and Sugar builds on a key event last year, when a shareholder group presented a resolution calling for Chevron “to substantially reduce the greenhouse gas (GHG) emissions of their energy products.”

“I think we needed to be very clear with Big Oil,” said Mark van Baal, the founder of Follow This, the group that submitted the resolution. “We must get substantial reductions.”

More than 60 percent of shareholders sided with the reformers. Today, much of the case against Wirth and Sugar turns on that resolution and the company’s conduct since then. Van Baal said the company had ignored the will of the shareholders, calling its actions over the past year “a snub.”

Kasargod-Staub, the director of the advocacy group Majority Action, said a better way to become independent of Russian oil is to develop more alternative energy sources at home.

The United Nations Intergovernmental Panel on Climate Change “just a week ago reported that we are rapidly running out of time to evade the worst ravages of runaway climate change,” he said. “Responsible long-term investors know that the solution to the crisis in Ukraine cannot rest in a massive expansion of fossil fuels.”