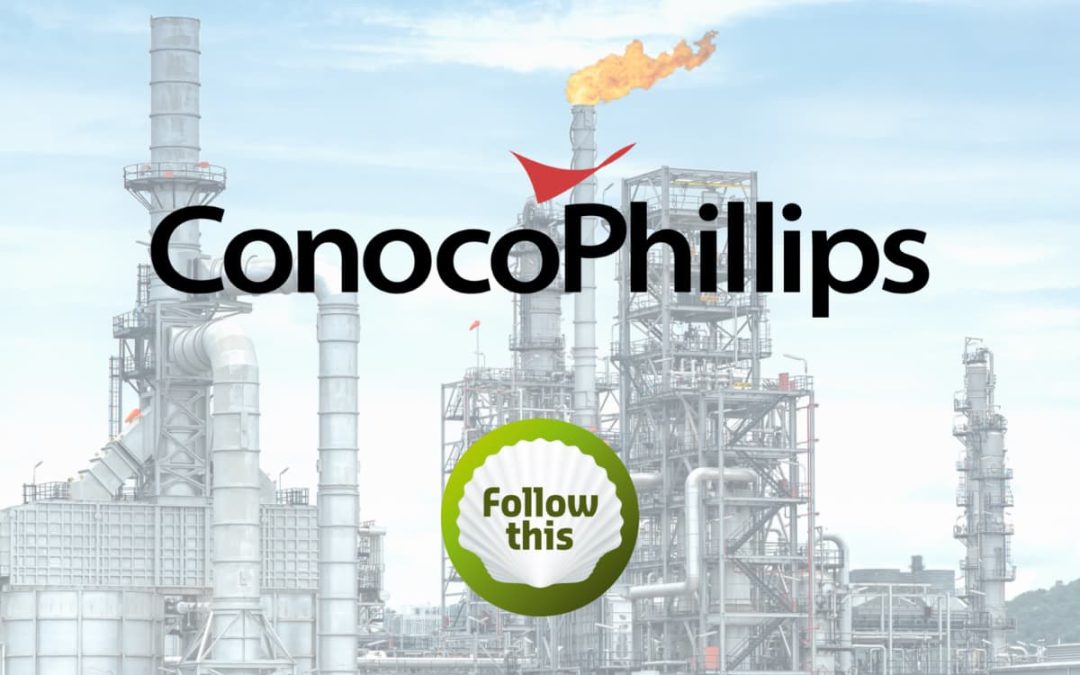 Highest vote in favour of a Follow This proposal which requests emission reductions in line with the Paris Climate Agreement (in the US, in 2021 Follow This only requested emissions reductions)

“A significant 39% of shareholders urges ConocoPhillips to set meaningful targets for all emissions (Scope 1, 2 and 3). They were not appeased by the tiny step ConocoPhillips took (by setting Scope 1 and 2 targets) since last year’s AGM,” responds Mark van Baal of Follow This, the activist shareholder group which filed the proposal.

“Without a target to decrease the emissions of its products (Scope 3) Conoco is further from Paris-alignment than any oil major, except Exxon.”

“With only operational emission reduction targets, Conoco is like a tobacco firm that promises to smoke less while continuing to sell cigarettes.”

According to the CA100+ benchmark, neither Conoco’s targets nor capital expenditure plans are Paris-aligned.

We have the following explanations for the decrease in votes:

“To achieve the Paris Climate Agreement, every company, especially oil and gas companies, should reduce all emissions this decade. We thank the investors that voted for meaningful targets, helping to convince other investors that Big Oil can make or break the Paris Accord, and will not change without their votes.”

Inconsistent voting pattern
“Apparently, shareholders who voted in favour of the Follow This climate proposal in 2021 voted against our proposal this year, despite the fact that Conoco didn’t execute last year’s climate proposal.”

Minorities drive change
“In the past, even minority support from institutional investors has proven effective in advancing Big Oil’s climate targets”. In Europe, in 2017, Shell was the first oil major to reluctantly take accountability for Scope 3 after 6% voted for the Follow This climate resolution. In early 2020, BP followed suit after 8% in 2019.”

Investors will have the opportunity in the coming weeks to show that they genuinely want to prevent devastating climate change by using their voting power. They can compel Big Oil to truly accelerate the energy transition and reduce emissions by voting in favour of our proposals at Phillips66 (11 May), Equinor (11 May), BP (12 May), Shell (24 May), Chevron (25 May) and ExxonMobil (25 May).

“A vote for the Follow This climate resolutions will send a strong signal to all oil majors that institutional investors mean business about stopping climate change. Management requires unambiguous support from shareholders to align company targets with the Paris Agreement and to invest accordingly.”