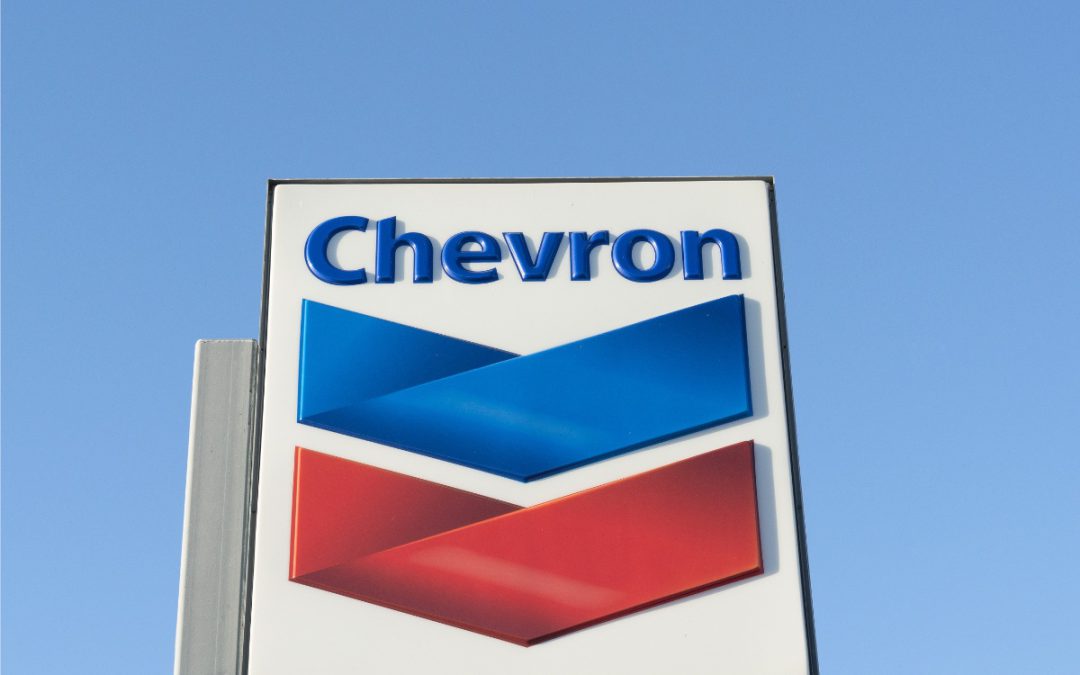 Shareholders in Chevron have been granted an opportunity to vote for emission reductions, a precedent which could compel US oil majors to adopt new climate strategies. The Securities and Exchange Commission (SEC) just published on its website (search for Follow This) that Chevron must include a climate proposal that requests Chevron “to substantially reduce the greenhouse gas (GHG) emissions of their energy products (Scope 3)” at its forthcoming AGM in May.

“We thank the SEC for its sense of urgency in giving shareholders agency in the climate crisis,” said Mark van Baal of Follow This, who tabled the climate proposals. “Finally, investors can vote for change; a clean break from the Trump years.”

“A breakthrough in the global fight against climate change, shareholders can finally vote on the elephant in the room: product emissions at one of the world’s largest emitters. All our experience in Europe has shown that only shareholders’ votes for concrete emissions targets will lead oil majors to change course,” said Mark van Baal of Follow This. In Europe, after shareholders voted for similar proposals, Shell, BP, and Equinor reluctantly set emission reduction targets for the so-called Scope 3 emissions caused by customers burning their products.”

‘Micromanagement’ is not a credible excuse

Chevron and ConocoPhillips asked the SEC to exclude the Follow This proposal from a shareholder vote on multiple grounds, including a claim that it sought ‘to micromanage’ the company.

In a letter to ConocoPhillips, this claim was dismissed by the SEC: “In our view, the Proposal does not seek to micromanage the Company to such a degree that exclusion of the Proposal would be appropriate”.

Follow This expects that the SEC will also allow shareholders to vote on a similar proposal filed at Phillips66. The outcome of these AGM ballots is non-binding, but the tally of votes sends a clear statement of investors’ concerns to company executives, at a precarious time for the fossil fuels industry.

“Big Oil can make or break the Paris climate agreement. In 2020, a growing minority of up to 27% of non-government votes supported our resolutions. More and more Institutional investors understand the goal of the Paris Climate Agreement is core to their fiduciary duty in a global economy wracked by climate breakdown,” said Van Baa

“Finally, investors can vote about meaningful climate action.” The Follow This shareholder resolution asks Chevron to reduce all emissions, including product emissions. Under the Trump administration, the SEC routinely excluded climate proposals on the specious grounds that company-wide emissions reduction targets were a form of “micromanagement”.

The SEC decision follows a change in leadership under the Biden administration. “Apparently, the sympathy with Big Oil in the Trump White House is now history. Big Oil is no longer exempt from basic principles of shareholder democracy, as they were during the Trump era,” said Van Baal.

“Paris-consistent emission reductions will lead to a shift in investments away from fossil fuels to renewables. That’s why oil executives fight our resolutions so fiercely. Votes make it evidently clear that investors want them to act on climate. They prefer to continue business as usual.”

Investors’ support for Paris-consistent targets for all emissions continues to gain momentum in the energy sector. Last year, an unprecedented number of shareholders voted for climate targets resolutions at the annual general meetings of Equinor, Shell, and Total.

After the SEC ruled that Occidental must include the Follow This proposal, Occidental and Follow This came to an agreement on the key ask of the proposal: Occidental will set medium-term emission reduction targets for their products before the 2022 AGM. “After a series of productive conversations […] Occidental has committed to announce a medium-term net emission reduction target,” the company wrote in its Proxy Statement (page 11, full text below*). In exchange for this pledge Follow This withdrew the proposal for the 2021 AGM. “Thanks to the decision of the SEC we, the shareholders, were granted a fair negotiating position,” said McKenzie Ursch, legal advisor of Follow This, who wrote the rebuttal to the no-action letter. “Our mission for 2021 – to get US companies to acknowledge responsibility by setting targets to reduce product emissions – is therewith completed for Occidental. Our mission in 2022 will be to get companies to align these targets with the Paris Climate Agreement.”

“We trust that investors will send a strong signal to Chevron and ConocoPhillips to follow suit by voting for the climate proposals at the AGMs.”

* “In early 2021, we began engaging with Follow This on a proposal that they submitted on behalf of one of our shareholders, Benta B.V., regarding adoption of medium-term Scope 3 emissions targets. After a series of productive conversations underpinned by our shared vision for a low-carbon world, Occidental has committed to announce a medium-term net emission reduction target (around 2030) as part of the pathway to our 2050 net-zero ambition before the 2022 annual meeting of shareholders in exchange for the withdrawal of the proposal. We will also allot speaking time for Follow This at the 2021 Annual Meeting and look forward to working with them in the future, as well as other shareholders and stakeholders.”