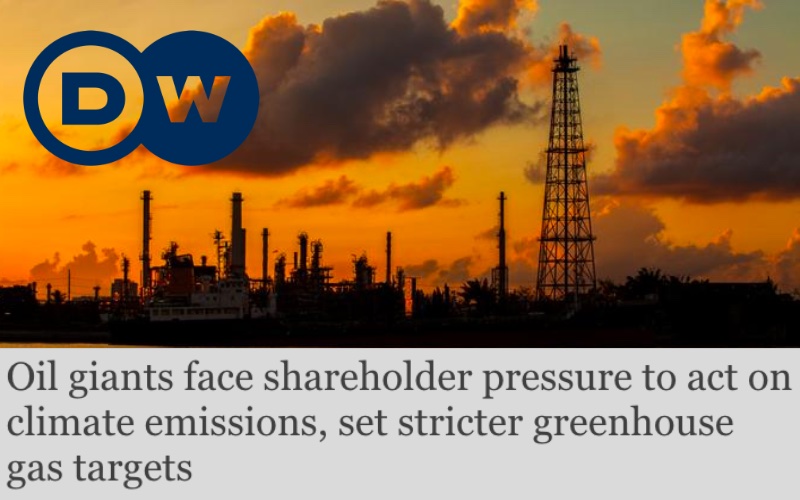 Investing in a major oil company might not chime with change-the-world promise, but it’s the approach advocated by a Netherlands-based group of activist shareholders. And it’s an approach that has put a resolution calling for ambitious emissions targets on the table at BP’s annual general meeting (AGM) in Scotland this week.

Follow This, as the group is called, was founded in 2015 when Mark van Baal, an engineer turned environmental journalist, decided to put writing aside to try a different way to “compel” major polluters to take their emissions seriously.

His chosen way sees him appealing to both retail and institutional investors to buy up enough shares in major oil companies to file resolutions calling on them to include Scope 3 greenhouse gases (GHGs) in their targets.

Scope 3 covers all indirect emissions resulting from a company’s activities, and are strongly contested in the world of oil majors, on the grounds that they fall out of their sphere of control.

Van Baal, though, says factoring these emissions into their overall tally is the only way they can hope to align with the 2015 Paris climate agreement.

“The oil majors all say they support Paris, but at the same time they’re waiting for government regulation,” van Baal told DW. “We need them to take leadership.”

To date, Shell is the only large oil company to have taken a step towards heeding that call. When a Follow This resolution was put to a vote at the company’s AGM in 2017, Shell called it unreasonable, and advised its shareholders not to back it. Six percent did so anyway, and another 7% abstained.

BP Bosses Get Public Grilling on Climate From Largest Investors