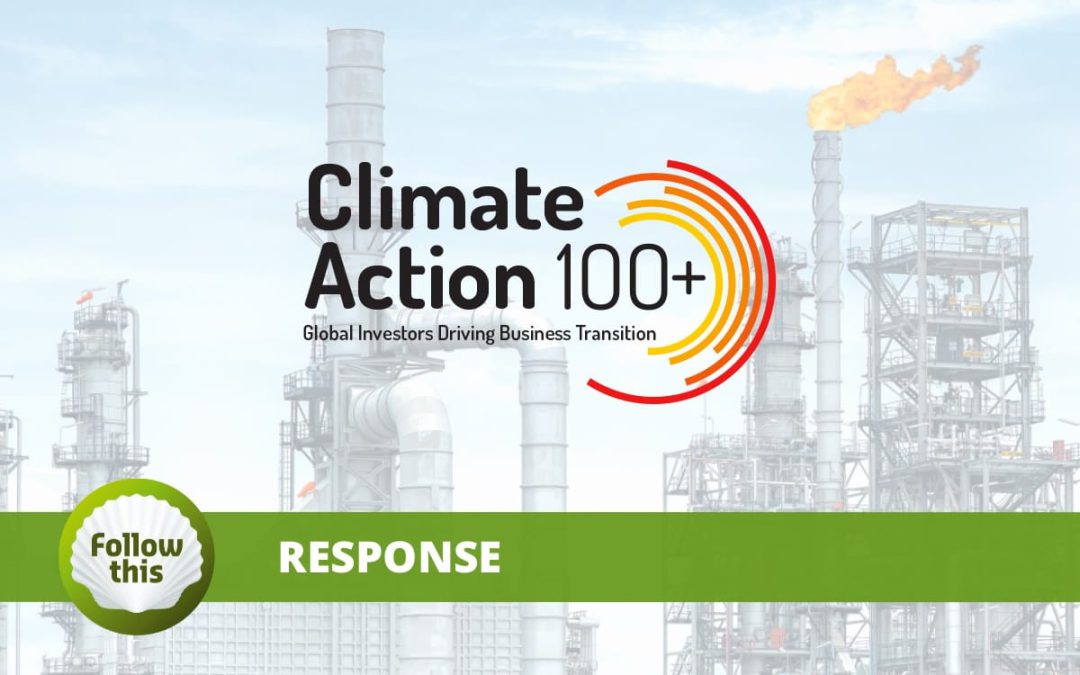 Despite ‘net zero by 2050’ promises, no oil major has emissions reduction targets for 2030 in line with the Paris Climate Agreement, concludes CA100+, the world’s largest alliance of investors, in their Net Zero Company Benchmark released today (indicator 3.3).

“It’s paramount that CA100+ removes all doubt that a single oil major is Paris-aligned, because some oil majors claim to be,” responds Mark van Baal of Follow This, a group of activist shareholders in Big Oil. “Pledges for 2050 are empty without deep emissions cuts before 2030. Big Oil can make or break the Paris Accord this decade.”

In May, climate resolutions requesting Paris-alignment, will come to vote at the annual shareholders’ meetings of at least nine oil majors (see table). 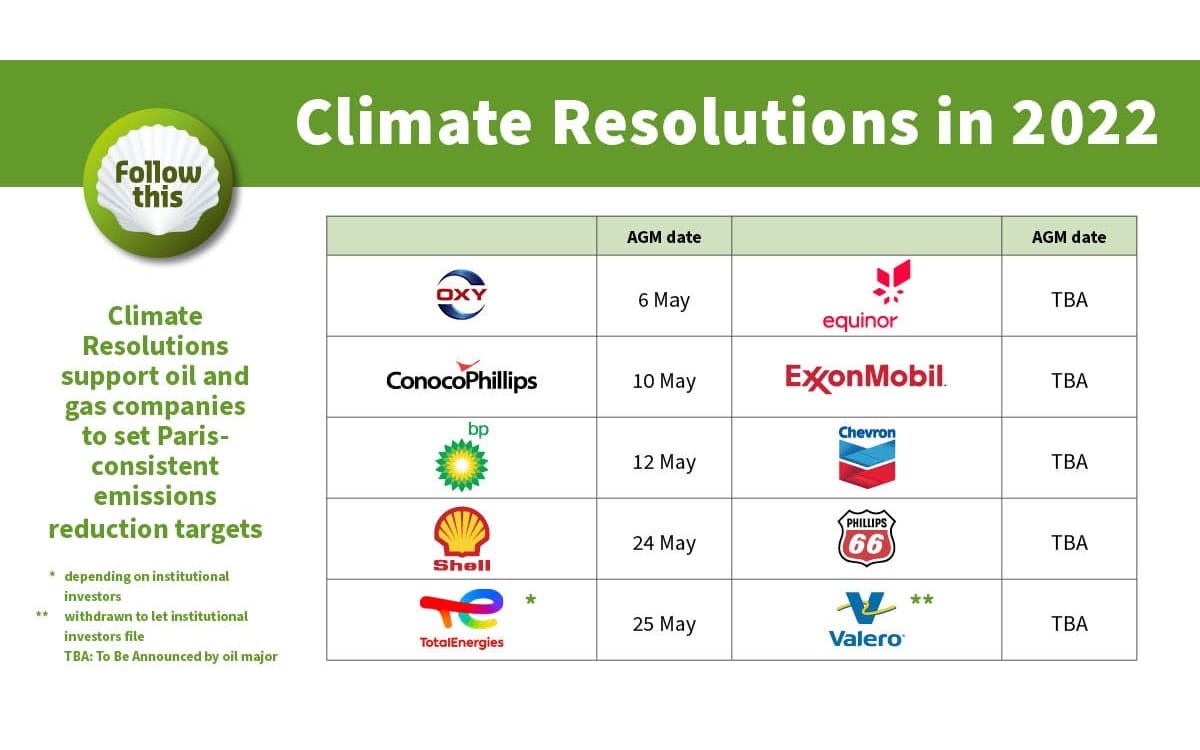 “Investors can urge Big Oil to set Paris-consistent targets by voting in favour of these climate resolutions. We don’t have time for another round of discussions.”

CA100+ also shows none of the above ten oil majors has capital allocation alignment (indicator 6) with a 1.5°C scenario.

“This CA100+ benchmark shows that no oil major comes close to Paris-alignment.”

In its press release, CA100+ emphasizes that “worldwide emissions must fall by 45% by 2030 to have any chance at keeping global temperature rise under 1.5°C.”

CA100+ assessments for Shell and BP.

About Climate Action 100+
Climate Action 100+ is the world’s largest investor engagement initiative on climate change. It involves 700 investors, responsible for over $68 trillion in assets under management. Investors are focused on ensuring 166 of the world’s biggest corporate greenhouse gas (GHG) emitters take the necessary actions to align their business strategies with the goals of the Paris Agreement. 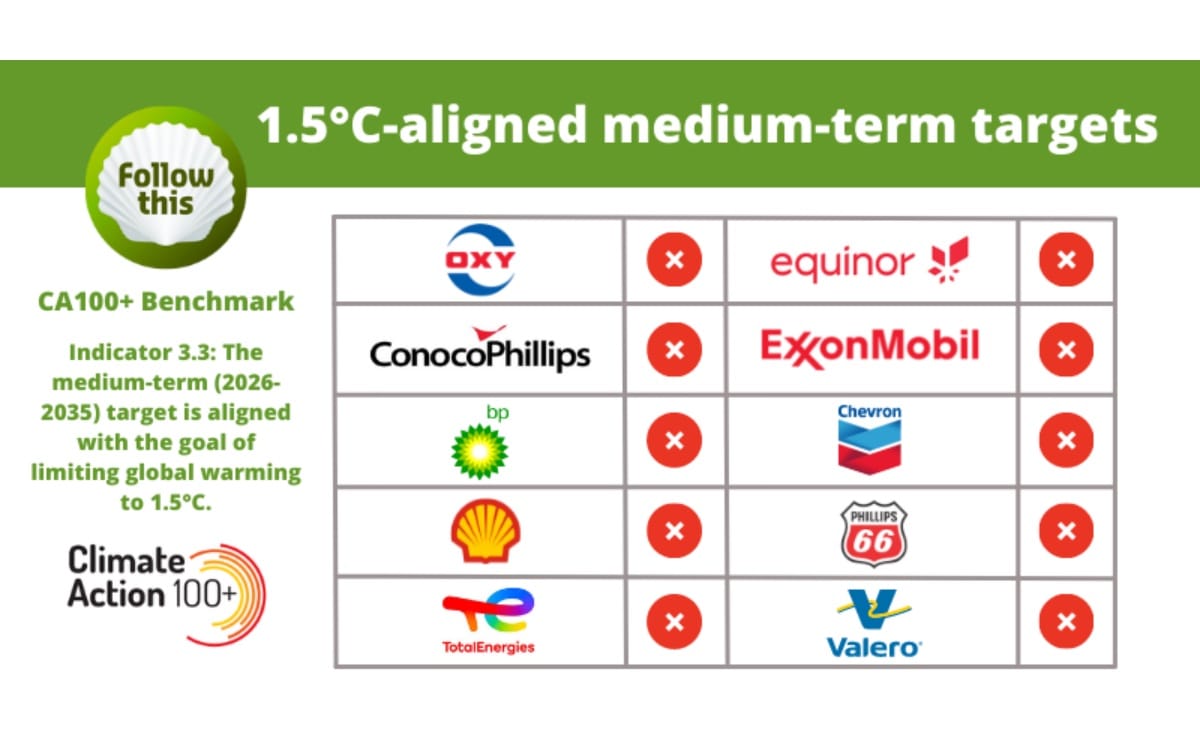 BP will not reduce emissions this decade, new research shows