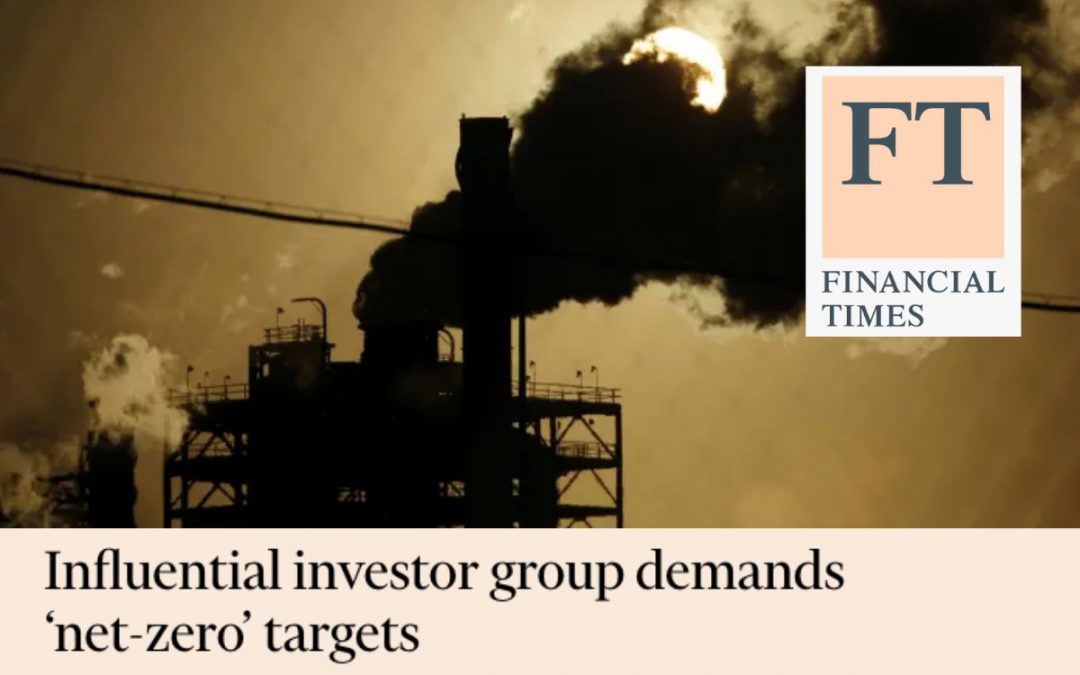 Climate Action 100+, the influential investor group whose 518 members include BlackRock and Pimco, has written to the world’s largest greenhouse gas-emitting companies to demand they put in place a “net-zero strategy” for 2050 or earlier. The organisation, which represents investors with more than $47tn in assets, said it also wanted the 161 companies to set medium-term objectives to reduce emissions by 45 per cent by 2030 compared with 2010 levels in order to meet their net-zero target.

CA100+ has faced criticism, including accusations that companies were using their dealings with the investor group to hide bad behaviour and shy away from concrete action.

Mark van Baal from Follow This, a group of shareholders that has filed resolutions at annual meetings to push oil companies to set net-zero targets, said the move was a “good step forward”, but added that he hoped it was followed by concrete action by CA100+ members. “We hope they follow this up with votes [in favour of climate resolutions at annual meetings], as that is the only thing boards listen to so far.”