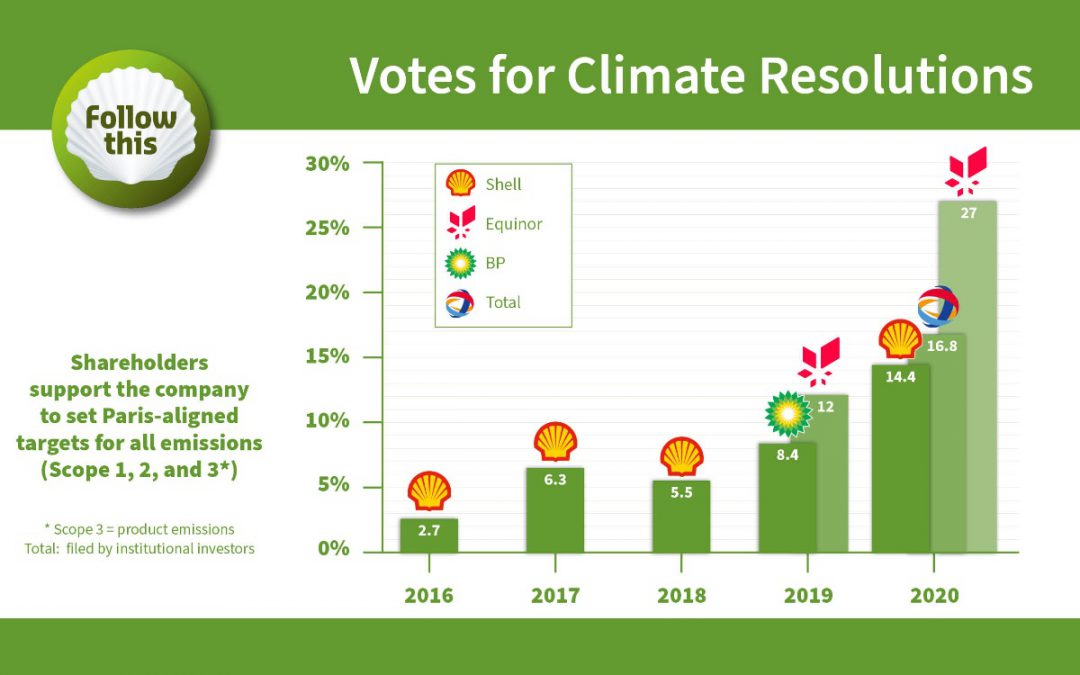 The new policy is a U-turn by investors managing assets in excess of $40 trillion. Previously, CA100+ refused to endorse shareholder resolutions that requested specific emissions targets at Shell, BP, Equinor, and Total. To date, CA100+ had endorsed oil companies’ preference for non-committal climate “ambitions” despite evidence that these ambitions fell well short of Paris-aligned targets.

Mark van Baal, founder of Follow This, said: “We welcome this move by CA100+ with cautious optimism, because history has shown that oil majors have used CA100+ statements as a fig leaf to hide inaction on climate change.”

“It’s a big win for the climate that CA100+ is taking over our request for specific Paris-aligned emissions targets for oil companies. This had been the key ask in shareholder resolutions from Follow This since 2017,” Van Baal said.

“Paris-aligned targets mandated by shareholders are essential for incumbents to drive the energy transition to renewables. Oil companies can make or break the Paris climate agreement.”

Thanks to a growing minority of shareholders

According to the Financial Times, CA100+ has revised its position to call for (net) emissions reductions targets of 45% by 2030 and 100% by 2050 (compared to 2010). With this announcement, CA100+ has followed the example set by a growing minority of shareholders who voted in favour of Paris-aligned climate targets proposed in Follow This shareholder resolutions at the Annual General Meetings of Shell, Total, Equinor, and BP.

“The true test case will be in 2021, when our resolutions will come to vote again. We hope the members will follow up the CA100+ statement with votes for climate targets resolutions.”

Thanks to responsible investors

“CA100+’s step forward is thanks to a growing minority of responsible investors (14.4% at Shell, 17% at Total, and 27% at Equinor) that voted for the Follow This climate targets resolutions.” Among them were large Dutch investors Actiam, Aegon, Achmea, NN-IP, MN (for PME and PMT), and British M&G.

In 2020, the annual meetings of Big Oil saw a shareholders’ rebellion over their non-committal climate ambitions. Equinor, Shell, and Total announced a “new climate ambition” (backed by CA100+), rejecting the Follow This climate resolution as “unnecessary”. All three suffered a shareholders’ rebellion when an unprecedented number of responsible investors voted for the Follow This resolution.

“The dissenting votes made clear that the position of CA100+ in backing oil companies’ public statements was no longer credible. This new position of CA100+ demonstrates that the shareholders’ rebellion against non-committal ambitions for 2050 has worked,” says Van Baal.

The voting record on Follow This resolutions at oil companies’ AGMs since 2016 demonstrates strong growth in support of shareholders for the kinds of targets that CA100+ has previously deemed not necessary.

“We thank the institutional investors within the CA100+ that voted for our resolutions. They are the change agents of the oil and gas industry.” 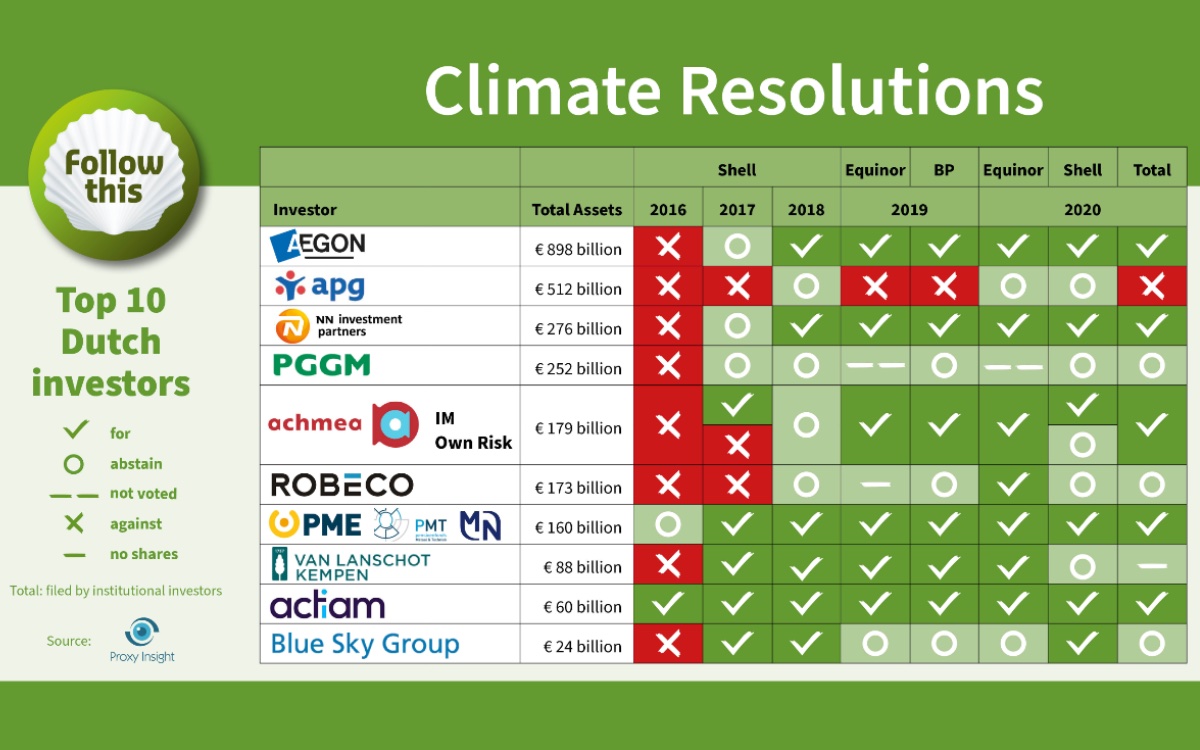 Follow This is a group of over 5,700 green activist shareholders. Follow This compelled Shell, BP, Equinor, and Total to set climate ambitions, thanks to to votes of institutional investors for the Follow This climate targets resolutions.After a significant minority of responsible investors voted for the Follow This climate resolutions, Shell, Equinor, and BP announced climate ambitions for all emissions, including Scope 3.The Follow This Climate Targets Resolutions support oil and gas companies to set Paris-aligned targets for all emissions, including Scope 3 (product emissions). MissionShareholders compel oil and gas companies put their brains and billions behind renewables. Watch an interview of Christiane Amanpour with Mark van Baal on CNN: https://bit.ly/2OwM80G (LinkedIn) or https://bit.ly/39feR1k (website).