From Russia with oil: why Rosneft is BP’s ‘dirty Arctic secret 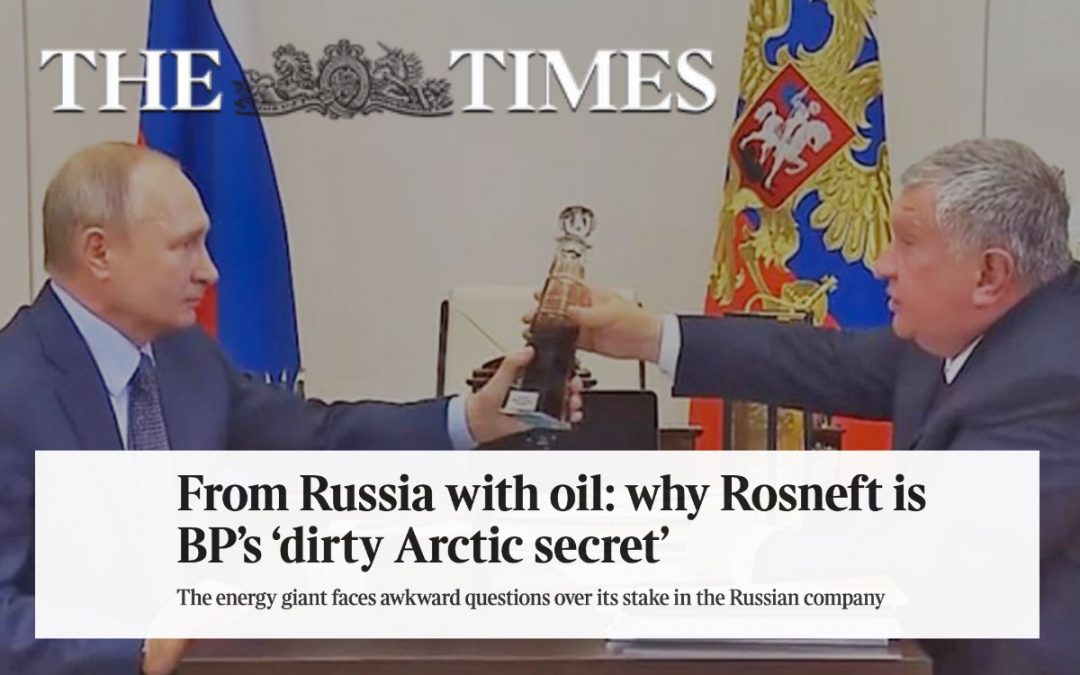 The Times: Mark van Baal of Follow This, a Dutch shareholder group, has been working with BP on a climate resolution for its annual meeting in May, but has been unable to agree the wording. Follow This wants BP to commit to targets tied to the Paris climate accord, but BP boss Bernard Looney wants to plot his own course to 2050.

One concern of Follow This is that BP’s ambitions cover only its own output, not Rosneft’s nor oil traded. It also points out that BP will only halve emissions by 2050. “Rosneft is a good example of how they try to continue business as usual, only making a goal for 2050,” said van Baal.

BP includes money earned from its stake in the highly profitable Rosneft in its financial performance. However, it does not include Rosneft’s emissions in its climate aims.

Read the article in the Times