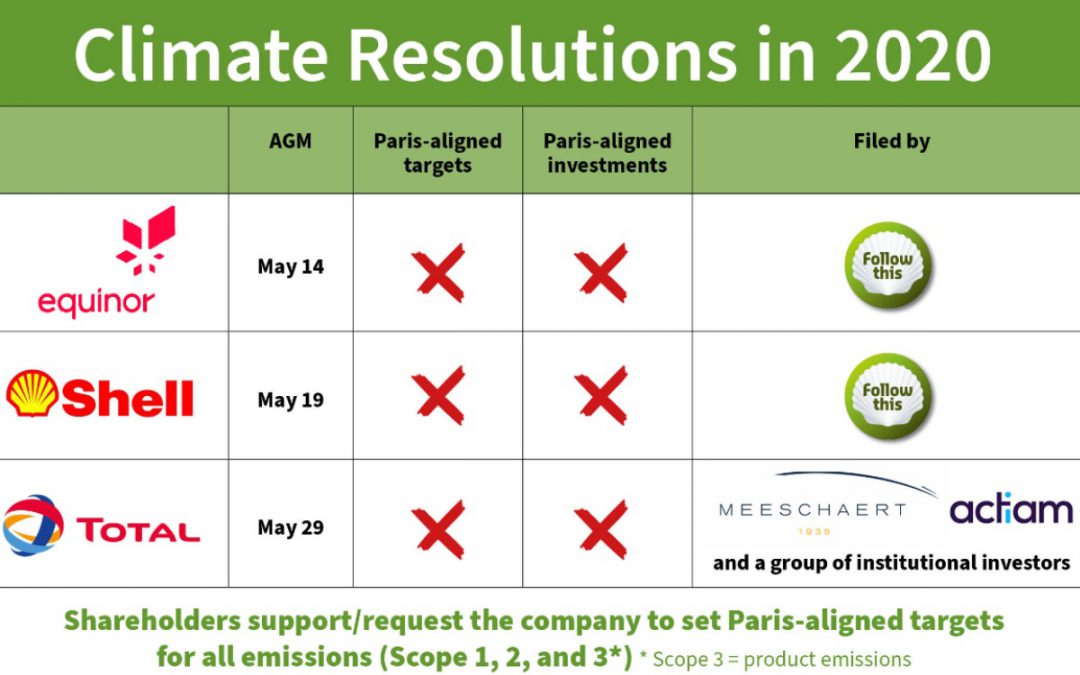 Equinor’s directors advise shareholders to vote against the Follow This climate resolution that supports the company to align with the Paris Climate Agreement, the board said today in the Notice of AGM.

“With today’s negative voting advice, Equinor tells shareholders that it is unwilling to take responsibility at a time of devastating climate change,” says Mark van Baal, founder of Follow This, the group of green shareholders that files climate resolutions at oil majors since 2016.

“We expect that responsible investors will vote for our climate resolution that encourages Equinor to set targets that are truly aligned with Paris.” In 2019, KLP Kapitalforvaltning and many other investors including 12% of the non-governmental shareholders voted for the same resolution, and another 7.5% abstained from voting.

“The world needs Big Oil to lead the energy transition from fossil fuels to renewables. While Equinor claims to support Paris, management refuses to adopt the concrete emissions targets needed to reach the Paris goal of well below 2°C.”

Equinor’s ambition to halve the carbon intensity in a growing energy system will not lead to a level of absolute emissions reduction necessary to actually achieve the goal of the Paris Climate Agreement, and is therefore not on a well-below-2°C pathway.

Equinor invests in a growth of oil and gas, and invests a mere 5-10% in renewable energy (detailed information below).

“A vote for the Follow This climate resolution will send a strong signal to Equinor and other oil majors that institutional investors mean business about stopping climate change. Management requires unambiguous support from shareholders to align its targets with the Paris Agreement and to invest accordingly.”

“A vote against the climate targets resolutions will in effect legitimize the inadequate targets of Equinor, and deny management the support to radically shift capital investment from fossil fuels to renewables. Equinor’s current capital spending on oil and gas is incompatible with the goal of the Paris Climate Agreement.”

“The world needs Big Oil to lead the energy transition from fossil fuels to renewables. While Equinor claims its ambition is to support Paris, management refuses to adopt the concrete emissions targets needed to reach the Paris goal of well-below 2°C.”

No Scope 3 – No rationale

In its directors’ response Equinor rejects six resolutions (9-14) in one page (page 9), without specific rationale. In 2019, Equinor rejected the Follow This resolution by stating “Our activities do not include direct engagement with end users of products,” (Scope 3) in its board response.

“It is telling that this year Equinor published no specific rationale to reject the Follow This resolution. Apparently, the board doesn’t want put its rejection of Scope 3 responsibility in writing again,” says Van Baal.

The attached document includes the full text of the updated Follow This shareholder resolution and supporting statement. Our resolution supports Equinor to bring its emissions targets (Scopes 1, 2, and 3) in line with the goal of the Paris Climate Agreement to limit global warming to well below 2°C. 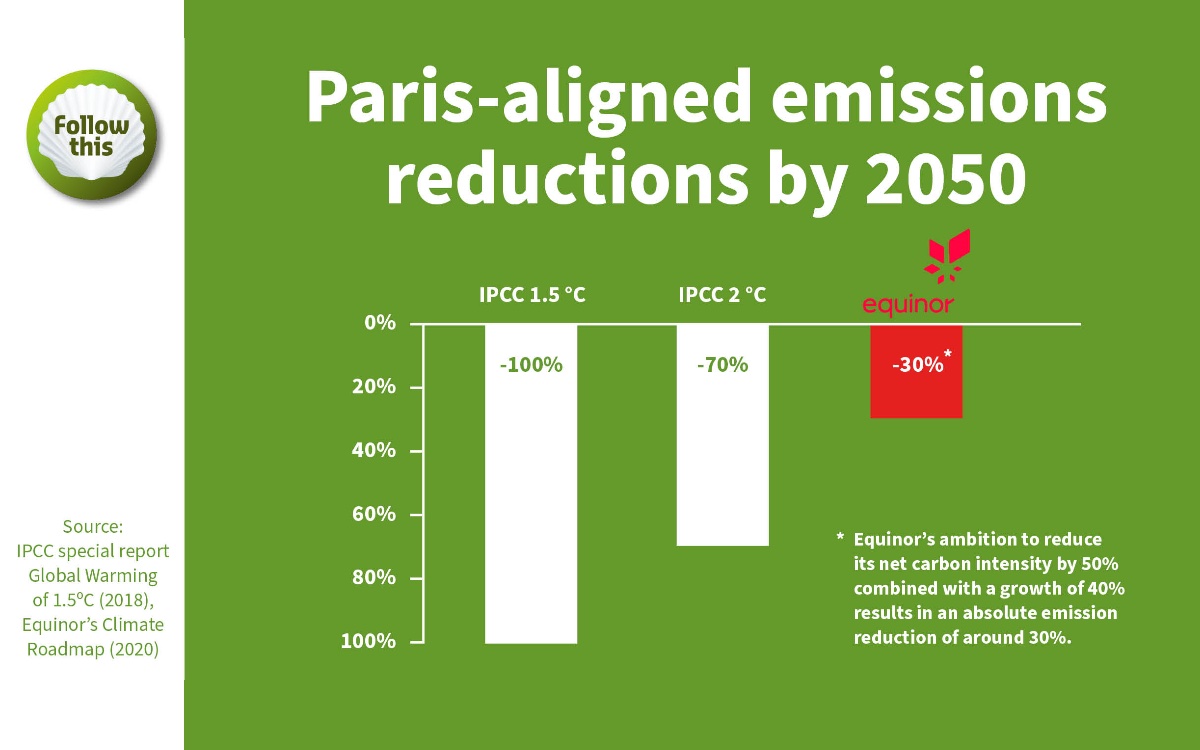