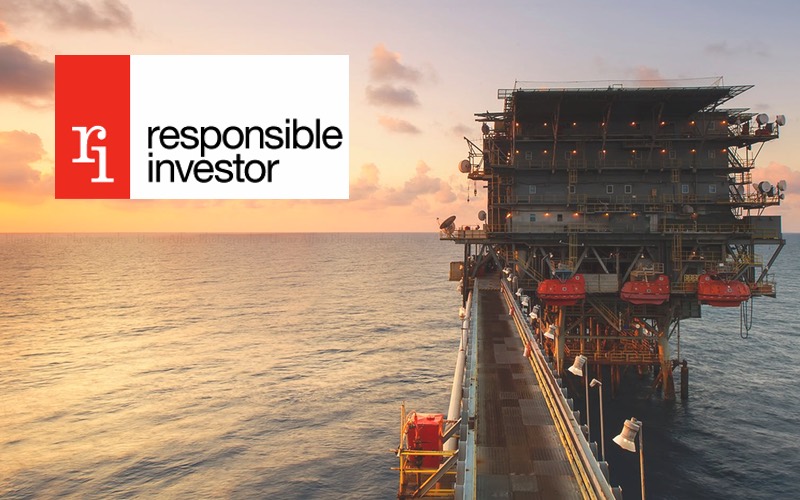 Go figure. The brainpower, technology and investment to slow global heating are readily available. Time is short, and the energy incumbents have the know-how, financial muscle, and market-making opportunities to rapidly scale the transition to renewables. So what do they propose? More carbon emissions.

If only this were an exaggeration. It’s not. At least in the decade to 2030, oil companies including BP, Shell, Equinor and Total are asking investors for patience while they ramp up new fossil fuels production that will increase emissions.

This isn’t what the industry wants us to hear, of course. In 2020, one oil major after another bowed to investor pressure by drafting new plans to achieve net zero – a goal that many institutions now accept is core to their fiduciary responsibility. But without exception, these net-zero “ambitions” have been pencilled in for 2050. Meanwhile oil majors are inking the deals for more revenue from fossil fuels, which they expect to pay their way through the transition.

A year ago, we wrote here that only Paris-aligned emissions targets mandated by shareholders can wean Big Oil off its old business model of turning hydrocarbons into petrodollars. In particular, we warned of unintended consequences as Climate Action 100+, an alliance of institutions managing assets of almost €50trn, pursued a ‘softly, softly’ strategy of engagement with oil majors.

One after another, their boards advised shareholders to vote against the emissions targets detailed in our climate resolutions. Each one cited support from CA100+ for their revised “ambitions” to argue that concrete targets are “unnecessary”.

The minorities stand up

With hindsight, our caution then was an understatement. Nobody credibly expects a Damascene conversion in an oil company CEO, prompted perhaps by disturbing questions from his young children about the climate emergency. This burden of responsibility lies with shareholders, the owners, who alone can set Paris-consistent targets and support oil majors to invest accordingly.

After a boom year for ESG investment strategies, Big Oil’s response to plummeting oil prices and the Covid-19 pandemic has been to write off stranded assets while doubling down on higher-yielding assets that will actually increase emissions to 2030. Many fossil fuel producers have promised to ramp up investment in renewables, while simultaneously bringing new oil and gas assets on stream.

Bluntly, the industry’s message to shareholders is: we know you expect us to act in the climate emergency, so we have promised to reduce emissions in the distant future while we implement ‘new’ strategies that will increase emissions in the next decade. When challenged, listed oil and gas majors cite support from CA100+ (which a year ago recruited BlackRock, the world’s largest investor, as a new member) as a vindication of their approach.

In a series of joint statements with oil and gas companies, CA100+ consistently lent its backing to plans that omit concrete emissions targets for the period to 2050. However well-intentioned this form of engagement, the public approval served as a fig leaf to hide inaction. It has helped oil companies to keep talking about the Paris Agreement, while doing nothing to curb emissions for the medium term.

Follow This was founded on the premise that only the incumbents have the means and influence to rapidly scale the transition to renewables before devastating climate breakdown. Big Oil operates the larger part of the world’s energy infrastructure. Investors who vote for our resolutions for concrete emissions targets are voting to support Big Oil to do what needs to be done.

CA100+ has pursued a different approach. It aims to find consensus among investors on an agenda for change in the world’s most polluting companies. Sadly, the oil and gas sector which underpins the old economy has proven to be largely immune to their advice. Instead, backing from CA100+ for non-committal “ambitions” obscured the transparency which can be the catalyst for change.

Perhaps this is unsurprising. Certainly, a pattern has emerged since December 2018 when CA100+ announced its first joint statement with Shell, heralding the Anglo-Dutch group’s plan to halve its carbon footprint by 2050. With that support, Shell maintained until April 2020 that its climate policy was Paris-aligned. Elsewhere, the investors’ alliance followed suit by recognising other oil majors’ contentious claims to Paris-alignment.

In 2019, for example, both BP and Equinor relied on the support of CA100+ in last-ditch attempts to defy investors’ calls to set targets for product (Scope 3) emissions. Equinor published a joint statement with CA100+. BP rejected a Follow This resolution and advised shareholders to support a CA100+ proposal which stopped short of Paris-consistent targets for all emissions.

Last year, these positions quickly became untenable. In the run-up to the 2020 AGM season, many oil companies went back to the drawing board to draft new ‘net zero by 2050’ scenarios. On closer scrutiny, these plans turn out to entail higher emissions for the medium term. When asked by Follow This at Shell’s AGM if his new climate strategy would result in lower emissions and significantly higher investment in renewables by 2030, CEO Ben van Beurden replied: “I have to ask you for some patience”.

In 2020, Follow This again filed resolutions at Equinor and Shell, while a group of institutional investors filed a similar resolution at Total. One after another, their boards advised shareholders to vote against the emissions targets detailed in our climate resolutions. Each one cited support from CA100+ for their revised “ambitions” to argue that concrete targets are “unnecessary”.

We thank these investors for their vision and tenacity. Their stance disrupted the consensus-seeking approach of ‘constructive engagement’, forcing a welcome shift from CA100+. The hard truth is that we all depend on Big Oil to decrease emissions and drive energy investment to renewables within this decade.

In September 2020, CA100+ issued a statement which urged oil and gas companies to set specific Paris-aligned targets to reduce emissions. The new position embraced the best example from their own ranks and brings CA100+ into alignment with principles set out by Follow This. This year will test that commitment.

In 2021, Follow This resolutions will again come to a vote again at BP, Equinor, Shell and also – depending on the SEC – in the US. A mandate from shareholders is the best cause to hope that oil companies will act on the demands from responsible investors for concrete Paris-aligned targets to reduce emissions.

CA100+ is bigger even than Big Oil. If the investors’ alliance means what it said in September, then it is logical and credible for CA100+ members to vote for the Follow This climate resolutions and to apply the same standard for every oil major. Targets compel action by stripping away the fig leaves of non-committal ambitions, endorsements and scenarios: they are the antidote to unintended consequences. Our new year message to CA100+? You have our support.

Mark Ashurst is an ambassador for Follow This and a partner in Leaders’ Bureau, specialists in coaching and content strategy for the transition to a circular economy. He blogs here.

Mark van Baal is founder of Follow This, a group of green shareholders that supports oil and gas companies to set Paris-aligned targets for all emissions and invest accordingly.