Chevron did not announce emission reduction targets for its products (so-called Scope 3 emissions), despite shareholder pressure, during its Energy Transition Spotlight webcast on Tuesday. The company will address Scope 3 later this year, CEO Mike Wirth said.

At Chevron’s shareholders meeting in May, 61% of the shareholders voted in favor of a proposal calling on the firm “to substantially reduce the emissions generated by the use of its products [Scope 3].” While the company did announce a number of new sustainability initiatives, none of them addressed this crucial concern.

The recent IPCC report couldn’t be more clear: unless there are “immediate, rapid, large-scale reductions in greenhouse gases”, there is no chance of limiting global temperature rise to 1.5 degrees. “The climate crisis doesn’t allow for any growth in fossil fuels.”

“Without a target to substantially reduce absolute emissions (including Scope 3) by 2030, Chevron’s policies will not satisfy investors that voted for the Follow This proposal in an effort to confront the climate crisis.

Up to 90% of investments in fossil fuels

“A company that continues to spend up to 90% of their investment capital on fossil fuels cannot claim to be part of the energy transition to confront the climate crisis.”

Chevron distracts from the necessity for real emission reductions

The press release elaborated on commercialization opportunities in “renewable fuels, hydrogen and carbon capture”, but the main issue was left unresolved: Chevron will continue to grow their oil and gas business (CFO Pierre Breber, June 24) and continue to ignore their responsibility for the emissions of their products.

“Chevron wants to pursue two incompatible goals: to act on climate and to grow its oil and gas production.”

“We hope Chevron will set meaningful targets for all emissions shortly.”

Carbon offsetting and energy supplies that inevitably generate CO2 emissions should be the last stone of climate policy, not the cornerstone. First, there must be rapid and immediate emission reduction targets, and a clear plan to shift their investments toward renewables. Otherwise, Chevron’s New Energy business plans are merely a distraction from business as usual.

“We hope Chevron will cross the Rubicon on Scope 3 later this year, thereby aligning their climate strategy with the goals of the Paris Agreement.” 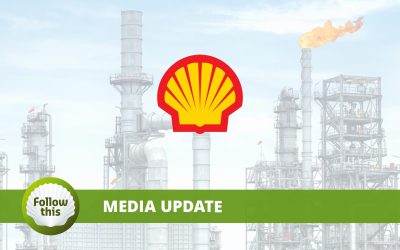 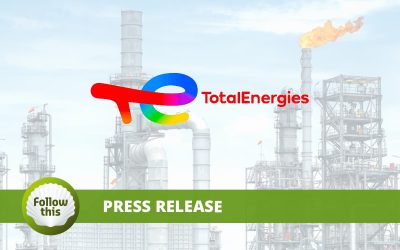