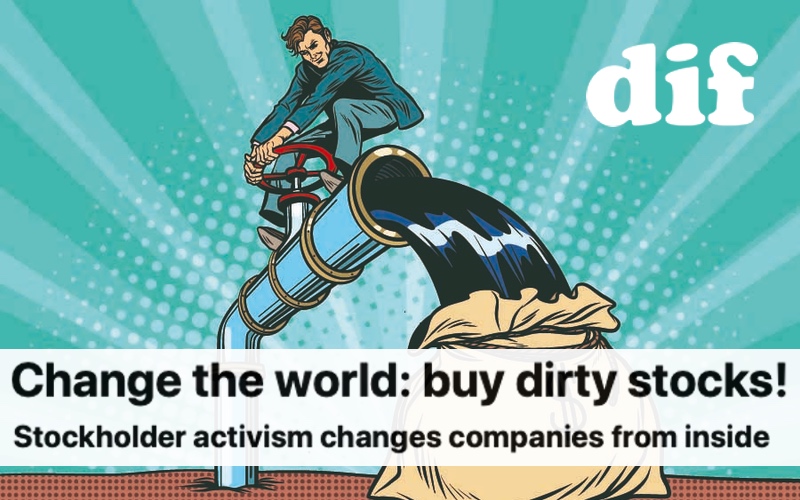 Stockholder activism changes companies from inside

In may 2015, the founder of Follow This, former financial journalist Mark van Baal (see interview), spoke at the annual meeting of shareholders for the first time. 300 people had bought a stock and nominated Van Baal to speak on their behalf. Van Baal didn’t accomplish much however. Follow This did not represent enough capital to put Shell’s climate policy on the agenda, but Shell director Van Beurden did show that he wanted to take van Baal seriously. “When I started about the emails he said: ‘I’ve read them all.’”

A year later and Van Beurden saw Van Baal take the stage again. But unlike the previous year, Follow This didn’t represent ten thousand euro’s worth of stocks but closer to five million. Not just enough to take the floor, but also to hand in a resolution. In the months leading up to this Follow This had succeeded in finding ten people who were each willing to invest half a million into Shell stocks to strengthen Follow This their cause. The Shell director got into an extensive discussion with Mark van Baal, who had started his speech with compliments for which steps Shell had already made towards sustainability. Despite the friendly tone the Shell top discouraged the Follow This resolution. But a breach was made in the bastion of shareholders: the institutional investor Actiam (representing over 66 billion in investments) voted for the Follow This resolution. And at this point large pension funds like Aegon and Nationale Nederlanden have also come around.

Read the full story on difweb