BP has ambitious plans to move beyond fossil fuels – but are they enough? 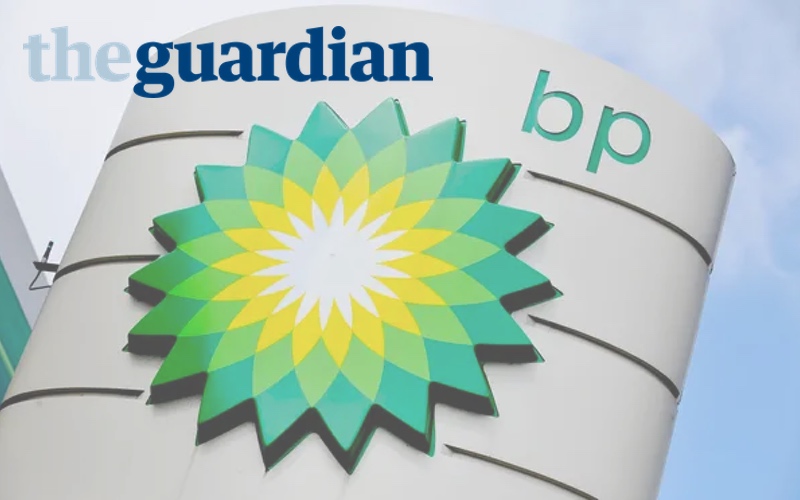 The Guardian | The oil giant revealed its four-fold increase in profits alongside pledges on investment in cleaner energy.

Investors and climate activists have raised concern that the plans risk falling short of expectations from both sets of perspectives.

Mark van Baal, the founder of Follow This, an activist investor, said BP’s increased spending on low-carbon technologies “sounds promising, compared to today” – in which 88% of BP’s spending is directed towards fossil fuels – but it would still be far from enough to reduce emissions in line with the levels set out by the UN’s Intergovernmental Panel on Climate Change.

BP will nudge higher the reduction targets for the carbon emissions from the fossil fuels that it sells, or ‘scope 3 emissions’, from a modest cut of 15% by 2030 to between 15 and 20%. But this target relates to the carbon intensity of the energy it sells rather than the absolute emissions its fossil fuels create, van Baal said.

“As far as we are concerned, BP did not change its expectation that its level of total emissions will grow out to 2030,” he added. “Achieving Paris calls for a reduction of energy-related emissions of 45% according to the IPCC. They are still exacerbating the climate crisis by increasing CO2-emissions.”

Read the full story in the Guardian

Shell still not reporting investments in renewable energy; around 90% in fossil fuels