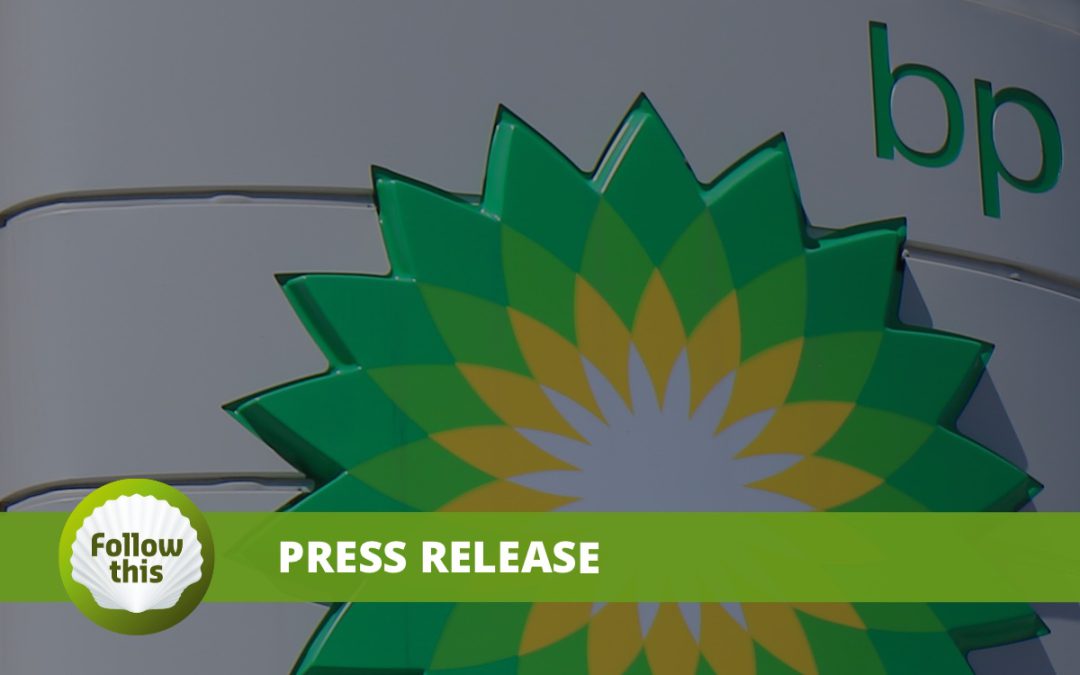 The fight against the climate crisis loses momentum at BP: support for Paris-consistent climate targets (resolution 24) decreases to 15% (down from 21% in 2021).

“BP may have convinced investors that addressing the current energy shortage overrides addressing climate change,” responds Mark van Baal, founder of Follow This, the organization that filed the climate resolution. “Neither our climate resolution nor BP’s strategy have changed; their current strategy still does not lead to emission reductions by 2030. However, investor sentiment apparently has changed, likely as a result of the energy crisis and windfall profits brought on by the war in Ukraine.”

“Investors’ short-termism, fueled by the current windfall profits of BP, might have prevailed over the medium-term risk of value destruction caused by the climate crisis.”

“Both crises can and should be dealt with simultaneously by shifting investments to renewables; the current windfall profits provide the company with the necessary capital to make the enormous investments in the energy transition required to address the climate.

“The 15% percentage of shareholders that voted in favour of the climate resolutions show that a significant number of investors still want to see Paris-aligned emission targets. Now is the time to amplify the voice of these investors who take the long-term interest of BP and its shareholders into consideration.”

During the AGM, the question, will BP’s absolute emissions decrease by 2030? (necessary to achieve Paris) – asked by Jesper Vaarwerk of Follow This – was not answered by CEO Bernard Looney.

“We recognize that 15% of the shareholder votes is still significant and we thank these shareholders for their efforts to safeguard the climate. Together with them, we will remind fellow shareholders what’s at stake. We hope we can convince them before the AGMs of Shell, Exxon, and Chevron, happening in 2 weeks.”

“At BP, another year of IPCC’s ‘rapidly closing window’ to address the climate crisis is lost.”

BP’s in-house climate resolution (3) received 88.5%. Both voting results contrast with the other 22 resolutions where up to 99% of shareholders followed management voting advice. This signals discontent with BP’s current strategy.

The only climate resolutions which bring clarity are shareholder resolutions that ask for Paris-aligned targets.

“We have lost a precious year in the fight against climate change at BP; a year in which the company will continue to increase emissions, with the consent of their shareholders. We have not succeeded in convincing investors of the devastating financial consequences of their votes against Paris-alignment. Together with likeminded investors and partners we will amplify our message that only voting will change Big Oil. We thank the investors who voted for the Follow This climate resolution and against BP’s in-house resolution. They are the true change agents in the fossil fuel industry; an industry that has proven to be change-averse.” 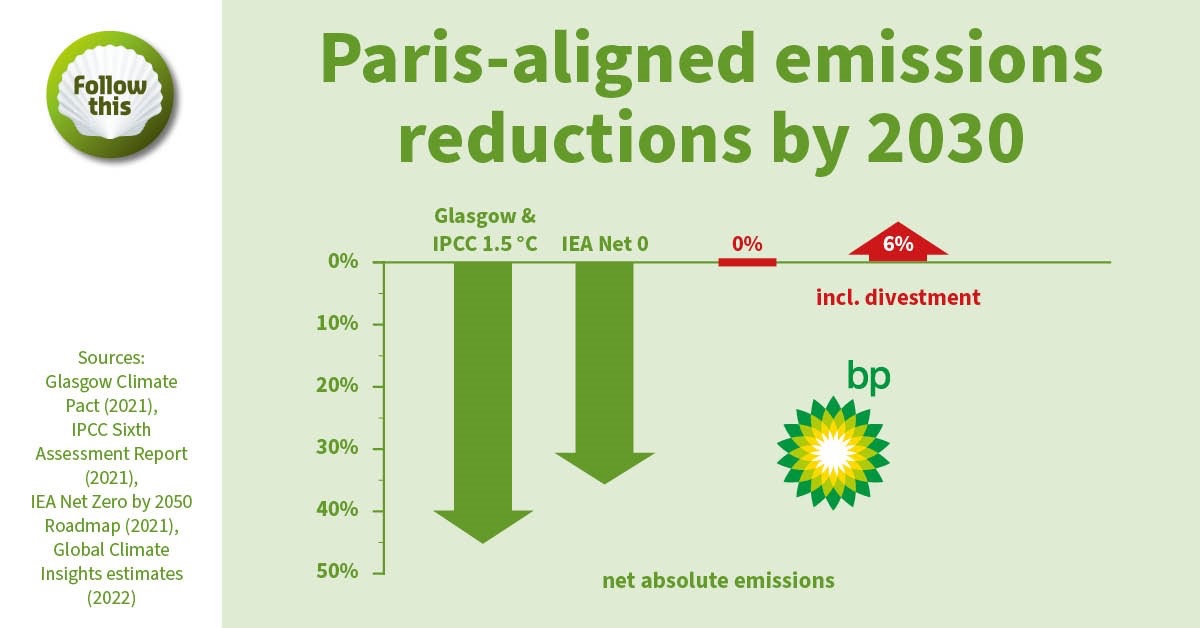