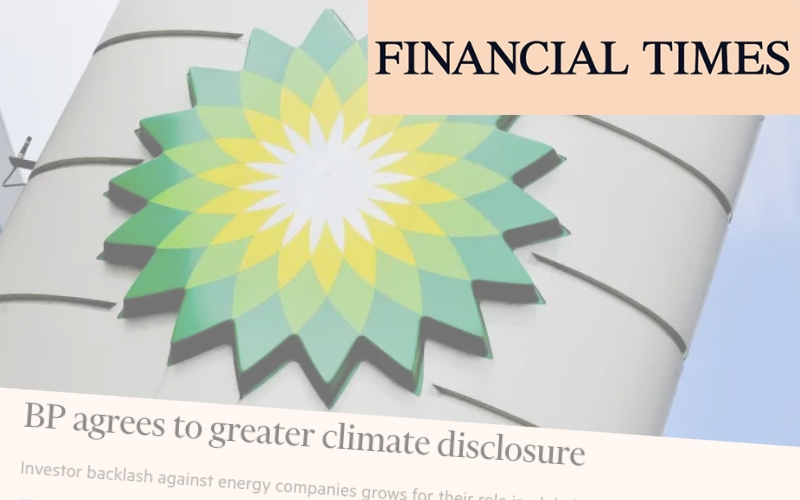 BP has agreed to disclose how its spending plans, emissions policies and broader business strategy align with the Paris climate agreement amid mounting investor pressure on oil and gas companies to take responsibility for their contribution to global warming.

Follow This filed a shareholder resolution at BP in December, pressing for hard targets for cutting carbon emissions. The targets include those of consumers that burn BP’s products.

BP said on Friday it does not back the Follow This proposal, having previously argued that third-party emissions are out of the control of energy companies. Rival Royal Dutch Shell, however, pledged in December to set short-term rolling targets on carbon emissions, that include those from its consumers, from next year.

The competing resolutions underscore differing investor approaches and company strategies for addressing the energy sector’s role in bringing about global warming, that could set the stage for a tense shareholder meeting in May.

Read the complete article by Anjli Raval and Owen Walker in The Financial Times.

The truth about big oil and climate change