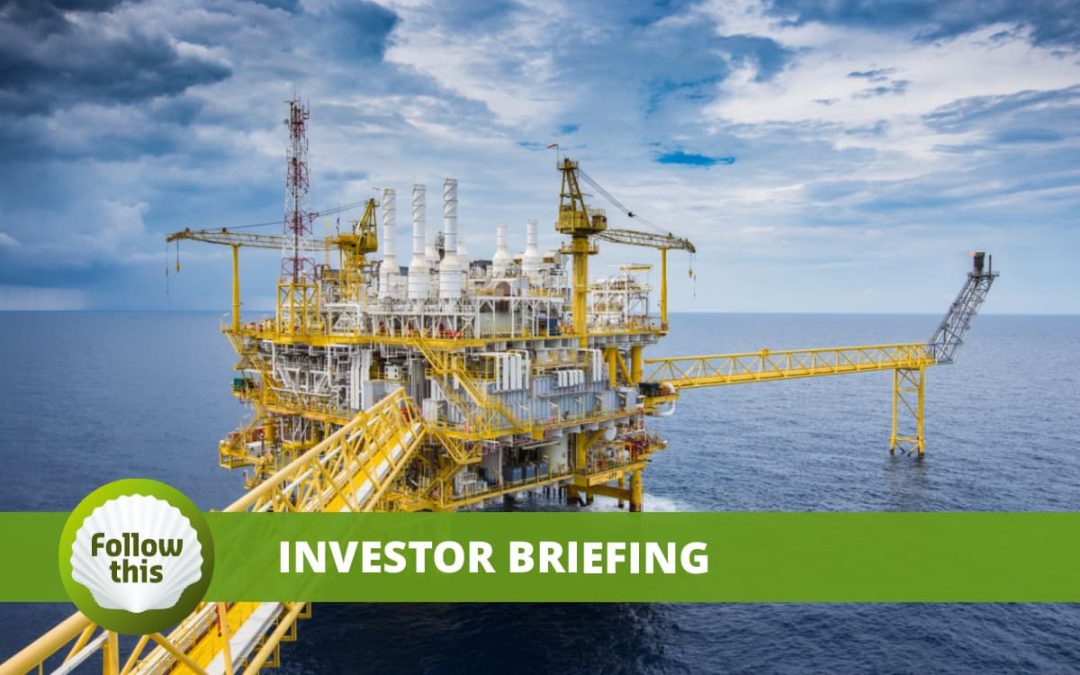 The ten largest Dutch investors – including the new lead investors for CA100+ – voted in favour of the Follow This climate resolution (resolution 21) and against Shell’s climate policy (resolution 20) at Shell’s shareholders’ meeting in London on May 24.

With their votes, the financial top ten made it unequivocally clear to Shell that the oil major must advance its climate targets.

The group includes the two new lead investors MN and PGGM. This represents a break with the past when former lead investors at Shell (Church of England and Robeco) campaigned against Follow This’ climate resolutions.

In 2016, when the first Follow This climate resolution received 2.7% of the vote, only one major Dutch investor – Actiam – voted in favour. At the shareholders’ meeting in May 2021, Robeco and ABP (APG) were Shell’s last pillars of support in the Netherlands. At the time, they voted for Shell’s policy and abstained on the Follow This climate resolution calling for CO2 reductions in line with the Paris Climate Agreement.

The ruling of the Dutch court, which ordered Shell to reduce its emissions in line with Paris, most likely played a role in the turnaround within ABP and Robeco.

We hope that the board of Shell takes this cue from the financial top in the Netherlands seriously, despite the fact that 80% of shareholders still voted in favour of Shell’s policy; Dutch investors know more about Shell than most foreign investors do.

We look forward to working with the 20% of shareholders who voted in favour of Paris-compliant targets – including the Dutch investors and the new CA100+ lead investors at Shell (MN and PGGM) – to convince their fellow investors that Shell and other oil companies will only change if they also vote in favour of the Follow This climate resolution next year.

Eight of the ten largest investors in the Netherlands declared in advance to vote FOR climate resolutions and “call on our fellow investors to […] vote in favour of shareholder resolutions that encourage progress towards the Paris Agreement 1.5°C warming scenario” (Blue Sky Group joined later).

20. Approval of the Energy Transition Strategy:  Against

Rationale: Vote Against Say on Climate proposals in case companies fail to meet the expectations in our climate strategy assessment. Further areas of improvement are; absolute targets in the intermediary term, alignment of the carbon intensity metric with the TPI methodology and further disclosures on the investment strategy and the climate transition strategy.

Rationale: Support for shareholder proposals that ask for targets, reporting and the development of strategies that are aligned with the Paris goals. 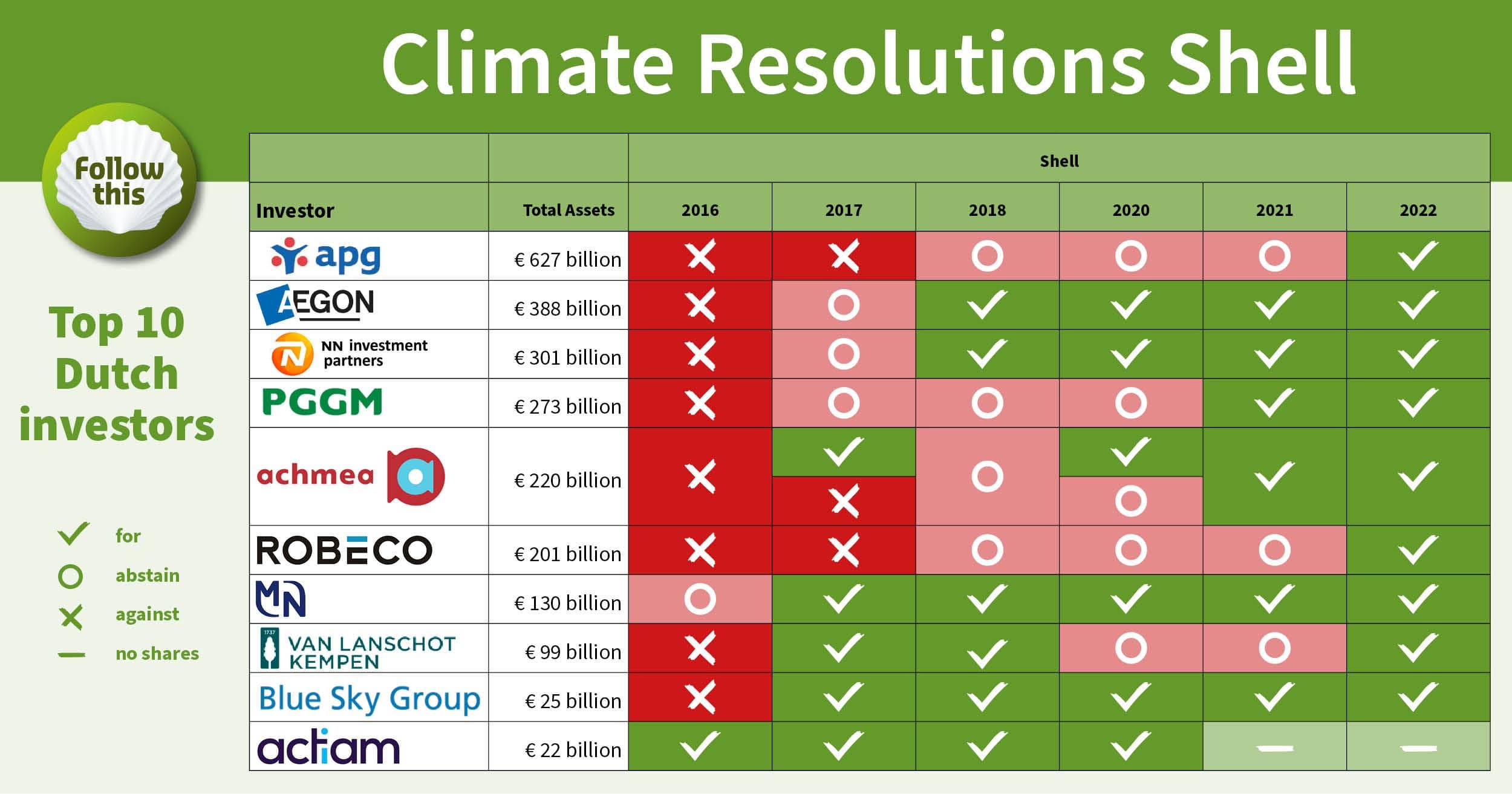 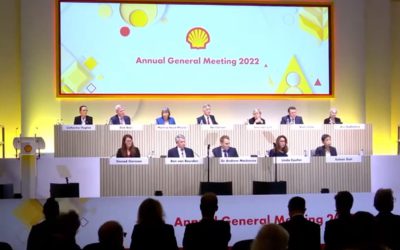